The tenth episode of Planet Earth brings us to the biological communities I think of as “home” — seasonal forests. I grew up in rural Pennsylvania, with second-growth deciduous woodland literally in my back yard, went to college within sight of the Appalachian Mountains, and spent my first “real” job in field ecology surveying understory plant diversity northeast of Pittsburgh. Today, I’m working on the other side of the continent, but now studying some of the most widespread tree species in forests from the Pacific Northwest to the Yukon taiga. I could almost illustrate this entire recap with images from my personal Flickr stream.

I’ll try to resist the temptation.

We start at what is, arguably, the most seasonal of forests, taiga, where the growing season may last just a month. These snow-covered woods seems marginal, but boreal forests account for one third of the trees on the planet, Sir David Attenborough tells us. The newest comprehensive assessment of tree density worldwide, published last year, found that a median hectare of boreal forest has as many, or slightly more, trees than an average hectare of tropical forest — but it also puts the boreal share of the global tree count at closer to one quarter of all trees, and finds that “tropical moist forest” accounts for a slightly larger share.

END_OF_DOCUMENT_TOKEN_TO_BE_REPLACED

The seventh episode of Planet Earth takes us out into wide-open spaces: the grasslands of Asia, the Americas, and Africa. 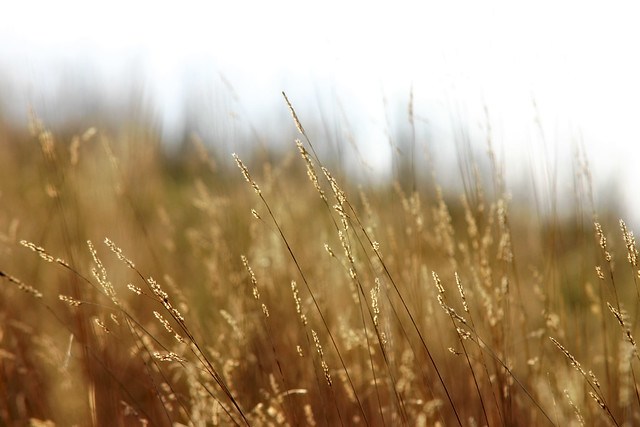 Grasslands are defined by a plant community particularly prone to “plant blindness” — it’s easy to see grass as stage-dressing for the dramatic animal life found on the Great Plains, the tundra, or the Tibetan Plateau. But Planet Earth gives grasses their due: “Flooded, burnt, baked, and frozen — grass can withstand it all,” says Sir David Attenborough. The Poaceae is a big, diverse family of plants that grow in some of the harshest conditions on the planet.

Multiple grass lineages independently evolved a new, more efficient form of photosynthesis. As Earth shifted to a cooler and drier climate, with lower atmospheric concentrations of carbon dioxide, starting about 40 million years ago, that may have helped grasslands spread into regions where rainfall and temperature weren’t suitable for forests — and now they cover more than a quarter of the planet’s surface. Some of those grasslands support the biggest assemblages of birds and mammals on the planet, as we see in this episode, which takes full advantage of the openness of its focal community, giving us lots of aerial photography tracking the movements of thousands of caribou, bison, or snow geese. 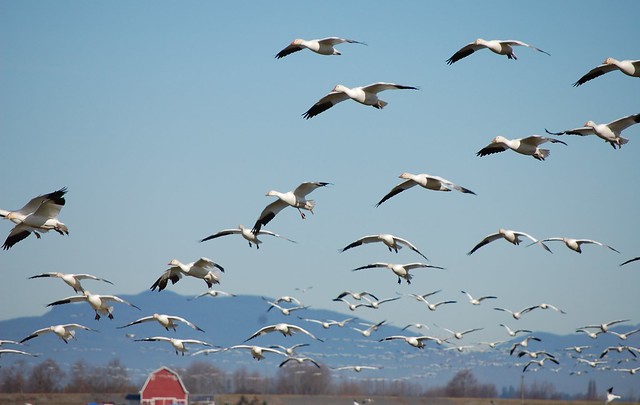 Most of us in North America know snow geese as winter migrants to lower latitudes, but here we see them on their Arctic breeding ground, establishing and protecting nesting sites — first from other pairs of nesting geese, then from Arctic foxes. Planet Earth frequently follows the nature documentary tactic of employing predator-prey struggles for drama, but the one between the Arctic fox and the snow geese has some twists on the standard script. First, we see the fox trying to gather up so many goslings that she can barely fit them all in her mouth, and we get to cheer as her greed gives the geese time to catch up and run her off. But then we see what she does with the single, sad gosling that doesn’t get away — she brings it to her own clutch of adorable fluffy pups.

The fox-goose drama is, to my mind, the most interesting predator-prey chase in an episode with a lot of them, most featuring cool camerawork. An aerial camera tracks wolves working together to separate a caribou calf from an immense herd; night-vision footage captures lions taking down an elephant. And on the Tibetan plateau, where pikas keep watchful eyes out for The World’s Most Nonplussed Fox.

The Tibetan Sand Fox has great pika-stalking moves, but its thick fur squares off its head in a way that makes it look bored, even with a mouthful of pika. Edited into this hunting sequence are shots of watchful pikas, which give the impression that they’re reacting to the fox’s eventual capture of their neighbor.

Relatively few of the species we see in this episode are formally recognized as endangered: snow geese, caribou, gray wolves, Arctic foxes, pikas, Tibetan sand foxes, and even most African baboon species are all currently listed as “least concern” by the IUCN. American bison are near-threatened thanks to conservation efforts and semi-domestication — after extensive hunting in the 19th century, there were once as few as 541 in all of North America. Both species of African elephant (the bush elephant and the forest elephant) and lions are listed as Vulnerable, and their numbers are not on the upswing.

The widespread nature of grassland habitats has, perhaps, shielded all these species from the impacts of human activity — though none of them are as numerous, or as widespread, as they once were. And of course they’re all experiencing a human impact that no habitat on Earth can escape: climate change. From the cues governing the migrations of snow geese and caribou to the rainfall that restores the green to the African savannah, the annual cycles of weather that shape life on the grasslands are no longer as certain as they once were. Grasslands arose over a long period of global change, and they may be more resilient to the much faster changes we’ve created than other ecosystems will be — but the great grasslands shown in this episode Planet Earth may look very different in another few decades.

Be sure to stick with us as we continue our celebration of Planet Earth’s 10-year anniversary! Check out our posts on “From Pole to Pole,” “Mountains,” “Fresh Water,” “Caves,” and “Ice Worlds.” Next week, we move off the sunny plains and into the jungle.