When I really think about it, I suppose it isn’t too surprising that butterflies have ears. But what may be news even to butterfly aficionados is that the mysterious swollen wing vein in the subfamily Satyrinae actually helps these butterflies detect low-frequency sounds.

Sun et al. recently published an article in Biology Letters about their work identifying the function of these conspicuous forewing vein swellings. Using the common wood nymph (Cercyonis pegala) as a model, the researchers took some beautiful photos of the ear, the forewing vein, and the opening connecting the tympanal chamber (e.g. the ear canal) to the vein. 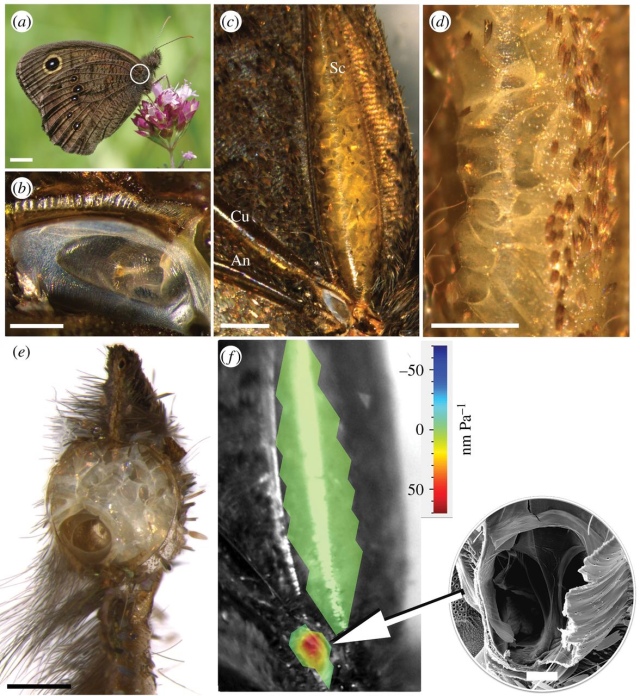 After capturing images of the ear and puffy vein, they tested the mechanical response of the ear. C. pegala ears appeared to be most sensitive to low-frequency sounds, and when the special veins were ablated (cut open longitudinally) the ear showed reduced sensitivity.

What do butterflies hear? The authors suggest that they can detect sounds like bird flight and calls. More broadly, insects also use their ears (and other hearing organs) to locate mates and coordinate social interactions.

Want to read the entire (short) study? You can find it here.