Genitals are weirdly shaped, which is strange. They only really NEED to be a pipette like device to inject sperm into a cup like device. But what we see in nature is way more complicated and bizarre. The reason? “They’re the result of a furious evolutionary tango of sex, that has been going on of millions of years.” Check out this cool video from TED-Ed to marvel at how odd genitalia are:

Basic science =  scientific questions that are founded in understanding theory, or the natural world around us

The last few years of financial crisis have seen a rise in criticism over basic scientific research. NPR does a great job of summarizing the criticisms and explaining why seeking to understand duck genitalia is a solid biological question. 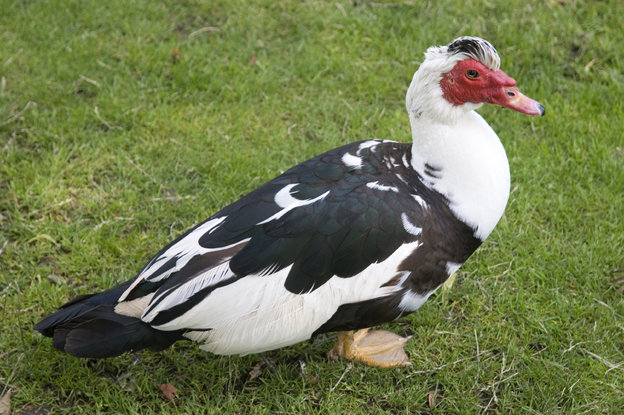 Welcome, readers, to the 57th Carnival of Evolution. This past month, the 204th birthday of Charles Darwin just happened to fall on Mardi Gras, a celebration of life’s exuberant excesses. So put on your most dazzling mask, and join us for an exploration of the endless forms most beautiful to be found in the living, evolving world.

In addition to Darwin Day and Mardi Gras, February is the month of Valentine’s Day. So it’s maybe appropriate that evolutionary bloggers had sex on the brain. Joachim describes new research on the specific forms of natural selection that might have supported the evolution of sexual reproduction. Right here at Nothing in Biology Makes Sense!, Amy Dapper writes about one consequence of sex, among grass gobies: “sneaker” males with specialized sperm. And Jeremy Yoder (yours truly) takes a look at daisies that attract pollinators by fooling them into mating with deceptive flower petals.

While most songbird species breed before they even turn a year old, sociable weavers rarely breed before the age of two. Instead, these younger birds help raise other nestlings–their siblings as well as unrelated chicks–by gathering food and maintaining the nest’s fluffy interior chambers and external sticks and grass.

END_OF_DOCUMENT_TOKEN_TO_BE_REPLACED

Competition for mates drives the evolution of many of the exaggerated male traits, such as the bright plumage of tropical birds or the intricate horns of dung beetles, that are so easily appreciated (and photographed).  However, the elaborate consequences of competition for mates continue even after mate choice and copulation has taken place, inside of the female reproductive tract.  Much of the research on sperm competition has focused, for obvious reasons, on the quantity and morphology of the sperm produced by males with results that are no less fascinating or extreme.  For example, the fruit fly, Drosophila bifurca, produce sperm that are around 2.3 inches long, which is more than 20 times their body length and 1000 times the length of human sperm!

However, sperm constitute only a small portion of the male ejaculate transferred to females during mating.  The rest, up to 90%, is composed of a myriad of proteins and other compounds that constitute the seminal fluid.  In addition to being produced in abundance, seminal fluid proteins are also diverse.  For example, scientists have found that males, of many species, produce dozens, if not hundreds, of different types of seminal fluid proteins.  So, what then, do all these proteins do?  It turns out that these protein are involved in many different processes that indirectly influence male reproductive success, including influencing female physiology and interacting with a male’s own, as well as rival, sperm.

A recent study by Locatello et al., published in Proceedings of the Royal Society B, has taken advantage of some useful characteristics of the mating system of the grass goby, Zosterisessor ophiocephalus, (pictured above) to investigate how alternative male mating strategies may be paired with alternative sperm competition strategies to help level the playing field between males that vary in their ability to directly compete for mates.