The world’s largest amphibian should be easy to find. The Chinese giant salamander can be as big as your entire body, and on average resemble a labrador. And while they used to be abundant, after months of searching, scientist are struggling to find even a few. 24 individuals, across 50 sites where the salamanders once thrived. Moreover, the few found all have genetic markers indicating they had escaped or been released from farms. There may not be any wild individuals left.

But this tragedy is getting worse. Based on analyses of the salamander, it’s becoming clear that it’s not one species but five. And they are all facing imminent extinction in the wild.

Read more about it here.

The oldest known spider in the world recently passed away. She lived an absurdly long life (over nearly half a century), viewed during most of it by Barbara Main and Leanda Mason. Her name was 16.

This is the story of the oldest known spider in the world and the people who knew her.

Read it all here.

“Have you ever held an entire species in your hand? Its hard to describe how this makes one feel. Exhilarated, filled with deep sadness at the state of the world, terrified that these beings are in our care, but also relieved that we intervened before this species met oblivion. Around a year ago the last six Achatinella fulgens, an endangered tree snail species once common in the gulches and ridges surrounding Honolulu, were brought to our DLNR captive rearing facility. This is after the habitat this last population occupied slumped down the mountain leaving all of the trees knocked down. From six we now have 22! It feels as though we are trying to start a fire that was left unattended and only a tiny ember remains. I guess we’ll just keep fanning the flame.” #racingextinction #extinction #hawaii #oahu #honolulu #conservation#kahuli #nature #wildlife #inourhands #fantheflame

I think it’s important to talk about failure. To talk about struggle. To make it clear that none of this is easy, and your struggle is shared by others. No one is perfect, we’re all here to help.

Which is why field work fails are HILARIOUS.

Check out an excellently illustrated list here, or check out a few select ones below.

And now, scientists are reviewing these products on Amazon.

Read about them here!

The other function is a BODY MASSAGER… The primary function I was taught… is, of course, to lure spiders out of their dens 🕷🕸

Multiple speed settings are fantastic for the diversity of web builders and to simulate different prey species #reviewforscience pic.twitter.com/krKrE0lOCv

You’ll never go to dinner in the deep sea. It’s dark, vast and weird down there. If the pressure alone didn’t destroy your land-bound body, some hungry sea creature would probably try to eat you.

Fortunately for you, something else has spent a lot of time down there, helping to prepare this guide to deep sea dining.

For nearly three decades, robots with cameras deployed by the Monterey Bay Aquarium Research Institute have glided through the ocean off the coast of central California at depths as deep as two and half miles below.

Want to know who eats who, before you ask them to dinner? Read about it here!

Like the novel, War of the Worlds, it is best to fear the tiny.

Or at least it might have been when the dinosaurs roamed the earth.

Want to know more, or to know how the heck paleontologists figure out how a microorganism caused fossils to form?

Utahraptor, 23 feet long and weighing over a ton, was one of the largest dromaeosaurs, feathered, sickle-clawed dinosaurs closely related to birds. Since its discovery in 1991, it has been the subject of a popular novel, assorted documentaries and tie-in toys from “Jurassic Park.” But for all its fame, the predator has been known primarily from only a few remains. That changed in 2001, when a geology student found a leg bone emerging from a hillside in the Cedar Mountain formation in eastern Utah. You see, millions of years ago, on a mud flat somewhere in Cretaceous Utah, a group of Utahraptors made a grave mistake: They tried to hunt near quicksand. The pack’s poor fortune has given modern paleontologists an opportunity to decode the giant raptor — its appearance, growth and behavior — but only if they can raise the money.

Enter “The Utahraptor Project,” started on GoFundMe last year with a $100,000 goal. It offers backers access to a field worker’s blog, a live “Raptor Cam” and digital models of the find put together through the process of photogrammetry. 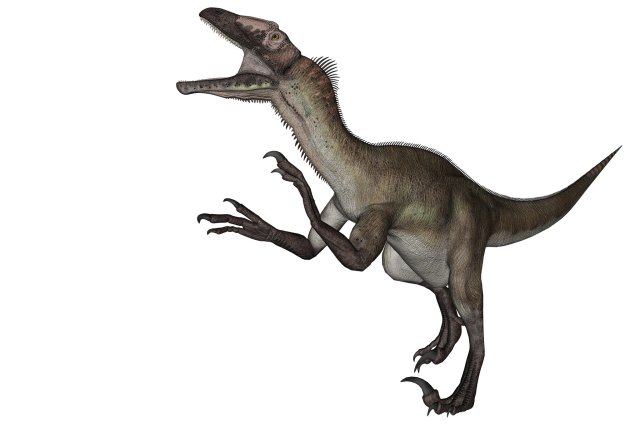 Spotted hyenas are found in just about every habitat in sub-Saharan Africa including human-disturbed areas and fully urbanized ones (i.e., cities) (Yirga Abay, Bauer, Gebrihiwot, & Deckers, 2010). While most large carnivores in Africa are decreasing in number, spotted hyenas are thriving. One reason for this inconsistency may be their high degree of behavioral flexibility; they’re dietary generalists eating everything and anything from termites to elephants (Holekamp & Dloniak, 2010).

The bees have been collected and are resting comfortably in my -80 freezer, the field team did not kill each other after a month of camping and working together, many a ferry was ridden, many an island was visited (12 to be exact), and much fish and chips was eaten by all.

And now we will return to our regular posting schedule! 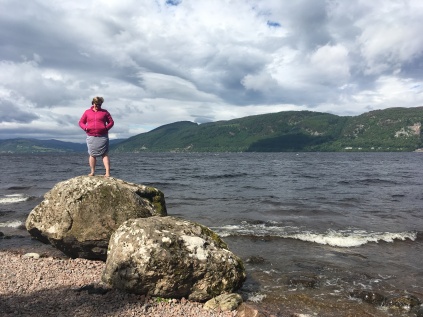