Whelp. I can’t say I didn’t see this coming.

CRISPR has been used to make genetically engineered babies.

Specifically twin girls in China have been modified to be resistant to HIV.

Want to know why this is morally reprehensible?

Read about it here.

Is anyone else tired of hearing climate deniers say “this isn’t the first ice-age, this is all part of a cycle”. No. That’s wrong.

But now we have science to prove it! Scientists announced today that a core drilled in Antarctica has yielded 2.7-million-year-old ice, an astonishing find 1.7 million years older than the previous record-holder. Bubbles in the ice contain greenhouse gases from Earth’s atmosphere at a time when the planet’s cycles of glacial advance and retreat were just beginning, potentially offering clues to what triggered the ice ages. 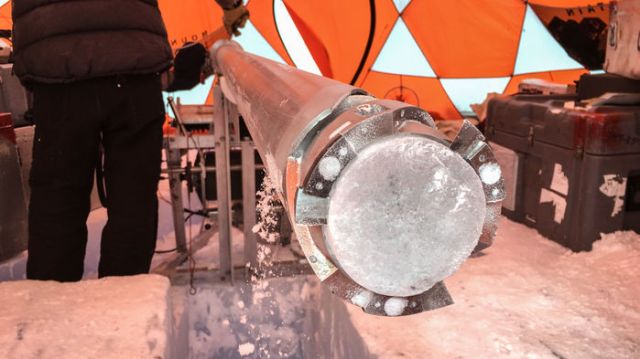 The breakneck speed of scientific research is resulting in a pile of unaddressed ethical questions.

For example: scientists have moved beyond invitro fertilization to assemble stem cells into embryolike structures. While this may be innocent at the moment, it’s a short walk tissues and organs and eventually take on the features of a mature human being.

All of a sudden ethicists are talking about “synthetic human entities with embryolike features”. It’s a slippery slope.

Read Carl Zimmer’s piece over at the Times for more.

The finalists of the Wellcome Image Awards showcase the best science-related imagery from the past year.

The winners will be announced on March 15 in London, but here are some good ones.

The history of life on earth is fascinating, and largely one of the reasons I started studying evolutionary biology.

There is solid evidence of life dating back to 3.5 billion years, at which point the earth was a billion years old.

Last August, Dr. Van Kranendonk and his colleagues reported discovering fossils in Greenland that are 3.7 billion years old and were once mats of bacteria that grew in shallow coastal waters.

But then, a new study, published in the journal Nature, Mattew S.Dodd, Dominic Papineau and their colleagues at University College London studied rocks that are older.

They came from a remote geological formation in Canada called Nuvvuagittuq, which stretches across four square miles on the coast of Hudson Bay.Researchers have variously estimated its age at 3.77 billion years or 4.22 billion years — just 340 million years after the formation of the planet.

Want to read more? Check it out at the Washington post!

Iron-rich chert, shown here in red, containing ancient fossils was formed near hydrothermal vents on an ancient seafloor, according to a new study.

“When it comes to genome sequencing, visionaries like to throw around big numbers: There’s the UK Biobank, for example, which promises to decipher the genomes of 500,000 individuals, or Iceland’s effort to study the genomes of its entire human population. Yesterday, at a meeting here organized by the Smithsonian Initiative on Biodiversity Genomics and the Shenzhen, China–based sequencing powerhouse BGI, a small group of researchers upped the ante even more, announcing their intent to, eventually, sequence “all life on Earth.””

It’s often hard to determine the sex of fossils (most of our parts that determine such things are not… fossilizable).

But researchers from North Carolina State University and North Carolina Museum of Natural Sciences found a medullary bone, a kind of tissue found only in female birds that are carrying eggs, or have just finished laying them, in a T-rex fossil from the Cretaceous.

While this is exciting (and you should read about it over at the Washington Post), it may be more exciting as researchers now have a means of identifying sex of dinosaurs. Which allows us to find out more about sex-linked traits in extinct dinosaurs. 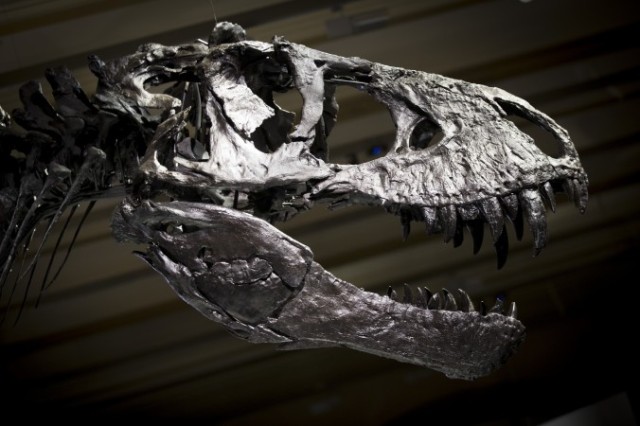