I love end of the year book lists. I always compile the ones I come across to make a consensus “reading list” and then try to get through them in the first month of the next year (it never works. Ever).

But this year, I’ve stumbled across another great book list: 10 great health and science books from 2017 (read the whole article here):

Admissions: Life as a Brain Surgeon
By Henry Marsh

The Cell: Discovering the Microscopic World that Determines Our Health, Our Consciousness, and Our Future
By Joshua Z. Rappoport

In Shock: My Journey from Death to Recovery and the Redemptive Power of Hope
By Rana Awdish

Patent Politics: Life Forms, Markets, and the Public Interest in the United States and Europe
By Shobita Parthasarathy

The Family Imprint: A Daughter’s Portrait of Love and Loss
By Nancy Borowick

Drug Wars: How Big Pharma Raises Prices and Keeps Generics off the Market
By Robin Feldman and Evan Frondorf

Big Chicken: The Incredible Story of How Antibiotics Created Modern Agriculture and Changed the Way the World Eats
By Maryn McKenna

The Bright Hour: A Memoir of Living and Dying
By Nina Riggs 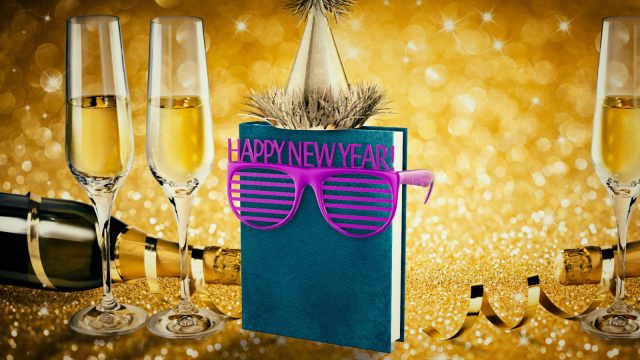 Twitter recently bumped all the users up to 280 characters, which just seems excessive.

Unless you invent a new and delightful way to play chess, and are a marine biology nerd.

An epic match between Dr. Andrew Thaler, and Dr. David Shiffman had simple rules. Using marine biology emojis, the chess game had only two additional rules: 1) every move had to be accompanied by a fact about the animal 2) all captures had to be accompanied with detailed description of how the kill went down. Read more about it here!

Blue crab sex lasts from 5 to 12 hours, then they cuddle for 2 days.

In his resignation letter, Ali attempted to make the case for the Office of Environmental Justice by appealing to Pruitt’s interest in economic growth. He described what happened in Spartanburg, South Carolina, which received a $20,000 grant from the EPA to address the community’s abandoned dump sites that were leaching toxic chemicals. The mostly low-income, African American residents of the region experienced high rates of cancer and respiratory disease. Local black leaders leveraged that grant into $270 million from investors and the government to revitalize the city, “creating jobs and improving their environments through collaborative partnerships,” Ali wrote. “When I hear we are considering making cuts to grant programs like the EJ small grants or Collaborative Problem Solving programs, which have assisted over 1400 communities, I wonder if our new leadership has had the opportunity to converse with those who need our help the most.”

Read the rest of it here. And check out yesterday’s post about the budget slashing funding for scientific research, and gutting the EPA budget.

And finally, call your representatives, this fight is far from over (and consider marching for Science in April).

The World Health Organization announced its first list of antibiotic-resistant “priority pathogens” on Monday, detailing 12 families of bacteria that agency experts say pose the greatest threat to human health and kill millions of people every year.

The list isn’t meant to scare people, but to call attention to microbes for which research into antibiotics is needed.

And because a number of the invasive species of concern in the United States are insects, then entomologists are the front line of defense. In 2016 the Entomological Society of America developed a formal position on invasive species here “The Not-So-Hidden Dangers of Invasive Species” [PDF].

Or you can read all about Invasive Species Awareness week over at Entomology Today.

In a time where biodiversity is actively under threat, I’d like to take a moment to applaud organizations that highlight and promote organisms. And somehow I just stumbled across such a resource.

The Caterpillar Lab! Started by a kickstarter in 2013, it’s mission statement:

The Caterpillar Lab fosters greater appreciation and care for the complexity and beauty of our local natural history through live caterpillar educational programs, research initiatives, and photography and film projects. We believe that an increased awareness of one’s local environment is the foundation on which healthy and responsible attitudes towards the broader natural systems of this world is built.

Check them out here, or simply enjoy the video below (One of many that can be found on their website).

Nearly 70 bills encouraging the teaching of theories other than evolution – creationism or intelligent design, or some combination thereof – were pushed in multiple states over the last decade. Nearly all have failed, either in statehouses or courtrooms.

But a group of committed legislators who have pushed these measures have now hit upon a new formula: a group of bills that would simply allow teachers to teach whatever they would like. (Read more here)

A bill along these lines just pasted the South Dakota House (23-12):

BE IT ENACTED BY THE LEGISLATURE OF THE STATE OF SOUTH DAKOTA:
Section 1. That chapter 13-1 be amended by adding a NEW SECTION to read:
No teacher may be prohibited from helping students understand, analyze, critique, or review in an objective scientific manner the strengths and weaknesses of scientific information presented in courses being taught which are aligned with the content standards established pursuant to § 13-3-48.

As stated by a high school science instructional coach:

“This is horrible, but let’s say I believe in eugenics.” S.B. 55 “says that I couldn’t be prohibited, I couldn’t be stopped from teaching that, as long as I did it in an objective scientific manner, and it doesn’t specify what that means.” (more here).

So. That’s not great. Better put by Glenn Branch (deputy director of the National Center for Science Education):

“The prominence of science denial in the new administration may embolden creationists and climate change deniers to pressure their local teachers; even in the absence of such pressure, it may cause teachers to self-censor in order to avoid the possibility of conflict over these socially — but not scientifically — controversial topics.”

So get out there, get involved with your local school board and keep talking about/spreading good science! I don’t know how to end this on a happy note.

Middle school, high school and college students were asked to evaluate the information presented in tweets, comments and articles. They were consistently unable to effectively evaluate the credibility of that information.

In fact, most middle school students couldn’t even distinguish ads from articles.

As I’ve spoken about before, I refuse to believe that we live in a fact-free world, or post fact world, or any of that non-sense. But this kind of study is disheartening.

But I’m choosing to think that knowing this information should be a call to educators (like me) to redouble our efforts rather than give up! I’m also open to suggestions about how to combat this alarming trend.

Food chains are complicated. That simple idea of a direct line from primary producer, to primary consumer, to top of the food chain is just that, overly simplified.

And given the complexity of these interactions (who eats who) it’s hard to predict what happens when the menu suddenly changes.

Which is what is happening right now in the Arctic, due to the effects of climate change.

Read about it over at the NYTimes!

A new study coming out in the journal Public Understandings of Science finds that many people believe that university and industry scientists are the authority to trust about sciency things (risks and benefits of technology and its applications).

However, among evangelicals, the pattern is very different. Rather they see religious organizations as the authority on science.

Which could play into the “fact free” society we are living in.