“On April 22, more than a million people took to the streets, in Washington, D.C., and over 600 satellite locations around the world, to march for science. But six months later, the eponymous organization behind those gatherings—March for Science (MFS)—is still struggling with many of the same issues that have troubled it since its conception.

On Monday, Aaron Huertas, the former communications lead for MFS, posted an open letter that called out the group’s leaders for creating a culture beset by miscommunication, opacity, and disorganization. “Though the organization calls itself an open, grassroots movement, it is run like a closed, hierarchical organization,” the letter says. Seven other people told The Atlantic that their experience of working with March for Science was consistent with the open letter. “I really do think everyone has the best intentions, but not everyone has the skill sets they need to run a grassroots organization,” Huertas says.

“This is what happens when you have a group of very passionate, well-meaning people without the organizational experience who take on a tremendous amount of work, with this sort of Herculean mission of saving science,” says Jacquelyn Gill, who volunteered for the March for Science in its early stages, left the organization in April, and had signed the new open letter. “It set the stage for a culture that was big on enthusiasm and energy but weak on logistics.”

In a statement responding to the letter, Temple-Perry notes that the organization has taken several steps to address these problems, including soliciting feedback from partners and volunteers, running a retreat in May, issuing an open invitation to join an internal communications network, and staging biweekly calls with satellite organizers and partners. “Unfortunately, individuals on the letter have not yet called in to participate,” she notes. “That being said, the concerns brought up in this letter are being discussed by the board. We will continue to work toward greater transparency in all stages of our development as an organization and movement.”

Given the degree to which science is under attack in the US at the moment, this is an important movement and important time to be pro-science. And as a community we need to address these concerns.” 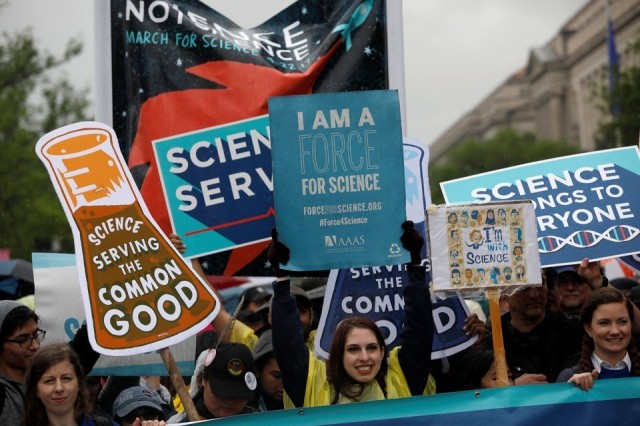