While captive in a Navy program, a beluga whale named Noc began to mimic human speech.

Since the early 1960s the United States had been deploying marine mammals, beginning with dolphins, for tasks including mine detection and recovery of test torpedoes. By the mid-1970s, the locus of the naval cold war had shifted to the Arctic, where the latest Soviet submarines were secreting themselves under the ice cap, an environment off-limits to animals including dolphins and sea lions used in the Navy Marine Mammal Program (NMMP). Experiments commenced on weaponry that could function in such extreme conditions. The Navy needed marine mammals with built-in sonar, capable of locating and retrieving sunken experimental torpedoes in the frigid waters and low visibility of the Arctic, and they landed on beluga whales.

Due to his close work with his trainers, Noc began to mimic human speech in an attempt to communicate, work that is presented in “Spontaneous Human Speech Mimicry by a Cetacean,” in the October 23, 2012, edition of the journal Current Biology. Or read about it over at the Smithsonian! 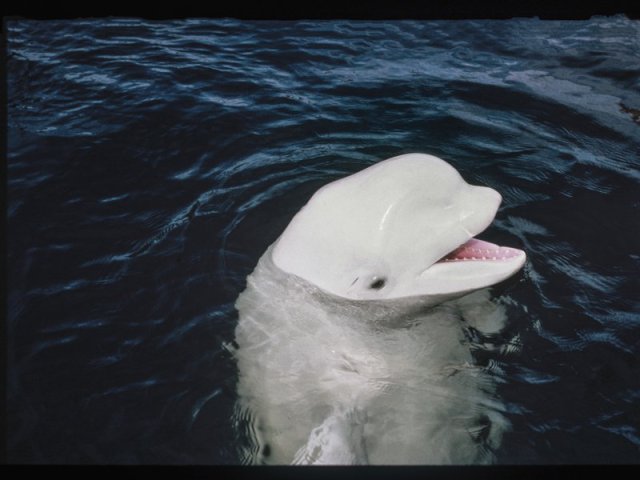