Although known to occur in its (much smaller) cousins the dwarf sperm whale (Kogia sima) and the pygmy sperm whale (Kogia breviceps), photographers recently experienced defensive defecation by the sperm whale (Physeter macrocephalus) for the first time ever! Sperm whales can reach up to 67 feet (20.5 meters) long – with almost a thousand feet (>300 meters) of intestine and four stomachs. I was unable to convert those numbers to fecal volume, but I imagine it’s a lot.

The whale approached Wilk and his three colleagues, pointed downwards, and began to evacuate its bowels. To make matters worse, it then started to churn up the water. “Like a bus-sized blender, it very quickly and effectively dispersed its faecal matter into a cloud,” says Wilk.

Now, doesn’t the make you want to pursue nature photography as a career? (It’s totally ok if the answer is yes.) Click here for a few more details and a little gif! 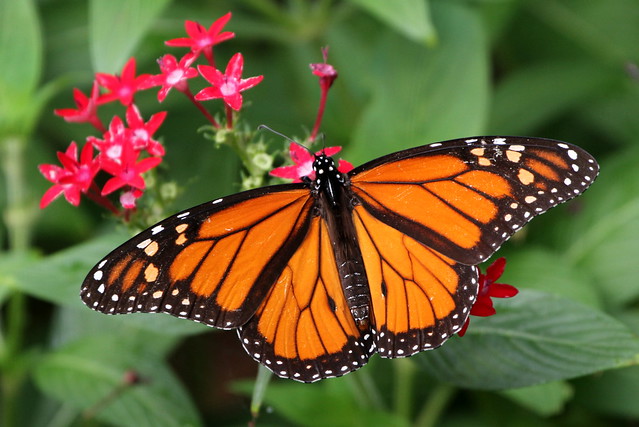 But recently we have “discovered” a new species of lizard that speciated rapidly and under unprecedented conditions.

Read about it over at The New York Times. Although cats indisputably rule the internet, dogs have been rocking the genomic world for quite some time.

A group of dedicated cat genomic enthusiasts recently met in San Diego to discuss moving forward on feline genomics. Read all about it over at Nature.

All of the contributors here at NiB are at a not permanent point in their career. Some are finishing their PhD, some wrapping up post docs, but all of us are on some level thinking about the next step.

And as such, I am considering the perpetual question, should I stay in academia or leave and go to industry?

The biggest problem is that I don’t know what industry looks like, and most of the information I hear about the differences are rumors. So this article, where a STEM PhD compares his own experiences in industry vs. academia, is really enlightening.

art of the hoopla over antibiotic resistance involves the lack of new drug targets. But this week, Ling et al. published a paper titled “A new antibiotic kills pathogens without detectable resistance” – talk about a big splash! Not only is it the first new class of antibiotic since 1987 (!) but they also discovered it using non-culture based methods and failed to detect any mutants when they screened a couple of bacterial species for resistance. Although it has yet to be tested on humans, trials in mice were positive. The primary article is behind a paywall (I’ve pasted the abstract below) but there’s some good media coverage where you can read more here and here. Way to go, scientists!

ABSTRACT: Antibiotic resistance is spreading faster than the introduction of new compounds into clinical practice, causing a public health crisis. Most antibiotics were produced by screening soil microorganisms, but this limited resource of cultivable bacteria was overmined by the 1960s. Synthetic approaches to produce antibiotics have been unable to replace this platform. Uncultured bacteria make up approximately 99% of all species in external environments, and are an untapped source of new antibiotics. We developed several methods to grow uncultured organisms by cultivation in situ or by using specific growth factors. Here we report a new antibiotic that we term teixobactin, discovered in a screen of uncultured bacteria. Teixobactin inhibits cell wall synthesis by binding to a highly conserved motif of lipid II (precursor of peptidoglycan) and lipid III (precursor of cell wall teichoic acid). We did not obtain any mutants of Staphylococcus aureus or Mycobacterium tuberculosis resistant to teixobactin. The properties of this compound suggest a path towards developing antibiotics that are likely to avoid development of resistance.

As a scientist I often get questions about new and exciting science in the news! Sadly most of this isn’t new… and the excitement is false.

But answering the questions, and better informing the public is worth it.

The anti-vaccine movement really bothers me, and people saying “vaccines cause autism, you can’t prove it doesn’t!”… sigh.

Luckily I stumbled across this amazing cartoon that answers every question you could ever have about vaccines.

The New Year is always a great time for reflection – Science, I Choose You! has put together an extremely link-tastic review of how 2014 went in terms of women in science. It reminds us of both the good (a woman won a Fields Medal in mathematics for the first time ever!) and the bad (specifically #gamergate and #shirtstorm). I highly recommend checking out the whole post – here!