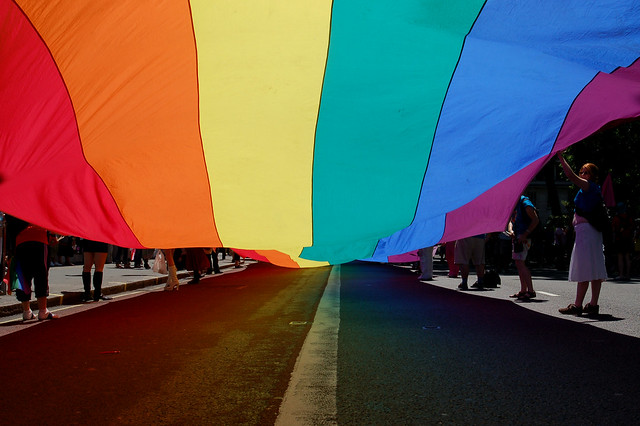 Like everyone with an Internet connection, earlier this month I heard a fair bit about U.S. 7th Circuit Court Judge Richard Posner’s ruling striking down bans on same-sex marriage in Indiana and Wisconsin. As Mark Joseph Stern put it at Slate, “Posner … sounds like a man who has listened to all the arguments against gay marriage, analyzed them cautiously and thoroughly, and found himself absolutely disgusted by their sophistry and rank bigotry.” Here’s a choice sample from the full opinion:

The challenged laws discriminate against a minority defined by an immutable characteristic, and the only rationale that the states put forth with any conviction—that same-sex couples and their children don’t need marriage because same-sex couples can’t produce children, intended or unintended—is so full of holes that it cannot be taken seriously.

What I hadn’t heard before is that Posner’s opinion also includes a short run-down on research about the biological basis of sexual orientation, and it has more than one familiar citation:

Although it seems paradoxical to suggest that homosexuality could have a genetic origin, given that homosexual sex is non-procreative, homosexuality may, like menopause, by reducing procreation by some members of society free them to provide child-caring assistance to their procreative relatives… There are other genetic theories of such attraction as well. See, e.g., Nathan W. Bailey and Marlene Zuk, “Same-Sex Sexual Behavior and Evolution,” forthcoming in Trends in Ecology and Evolution…

That’s actually a reference to a 2009 review, which is online in PDF format—it covers the diversity of same-sex sexual behaviors across the animal kingdom. It hardly mentions Homo sapiens, but it is one of the sources I give to people who want a solid introduction to current scientific thinking about how same-sex attraction could have evolved. If you ask me, one could do a lot worse than having a paper cited in a groundbreaking legal ruling. And it’s a reminder to those of us studying the history of life in general that our work can have unexpected consequences beyond the lab.