Is the cartoon version of this guy:

It walks. It breathes air. And apparently it can adapt to terrestrial life relatively “easily”.

The scientists raised groups of bichir on land for eight months to find out how they would differ from bichir raised in the water. They found that the land-raised fish lifted their heads higher, held their fins closer to their bodies, took faster steps, undulated their tails less frequently and had fins that slipped less often than bichir raised in water. The land-raised fish also underwent changes in their skeletons and musculature that probably paved the way for their changes in behavior. All in all, these alterations helped bichir move more effectively on land.

There’s a video too!

Last week NPR posted an excellent article about what can only be the coolest pollinator. Ever.

“like a flip-flop that doubles as a beer bottle opener; an optical illusion; a labradoodle; a frenemy, the hummingbird moth falls into that cryptic category of transformers in life that are more than one thing” – Linton Weeks ” What Exactly is that Birdlike Thing?” 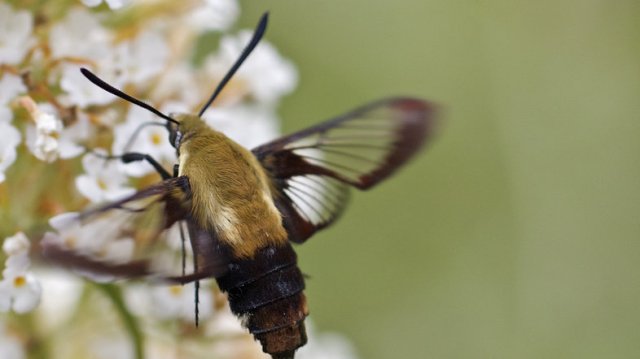