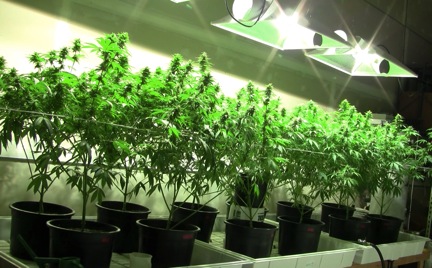 This is a guest post by Daniela Vergara, a postdoctoral researcher studying the genomic architecture of hybrid species of sunflowers and Cannabis in Nolan Kane’s Lab at the University of Colorado, Boulder.  Daniela also blogs about science at A Ciencia Abierta. Check out her blog for a spanish version of this post.

Cannabis is definitely a cool plant. It has fun names like matanuska thunderfuck, jesus OG or trainwreck and it has been trendy among humans for a very long time (humans have utilized it for thousands of years). Despite this long history, and the fact that Cannabis is the most widely used recreational drug in the world [1], the genomics and the general the biology of these plants have only been partially studied. At the Cannabis Genomic Research Initiative (CGRI) at the University of Colorado Boulder we want to study this genus of plants for several reasons, including: (i) its medical significance, (ii) its importance in the biofuel, fiber, oil, textile and food industries, (iii) its long co-evolutionary relationship with humans as an ancient crop, and (iv) in general, because it is an exciting emerging study system in evolutionary biology.

Why should evolutionary biologists be excited about studying Cannabis?