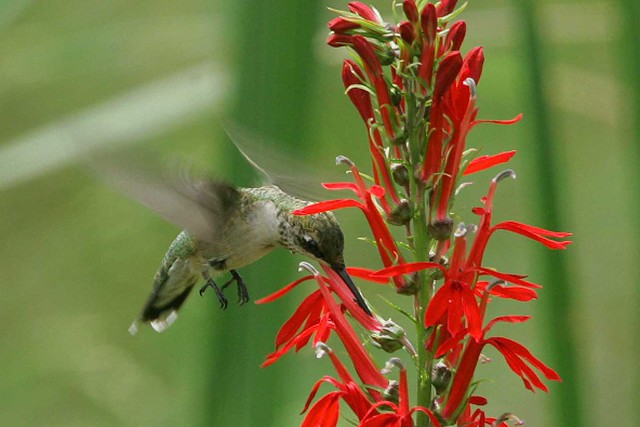 In my part of North America, spring is finally underway after a long slog of a winter. The trees lining the streets of my Minneapolis neighborhood are lacy-green with budding leaves, flowerbeds all over the University of Minnesota campus are yellow and red and pink with daffodils and tulips, and violets are popping up in the edges of lawns everywhere I look.

Of course, all of this colorful display isn’t for my benefit. Showy flowers are an adaptation to attract animal pollinators. Some flowers are quite precisely matched to a single species of pollinator, but most flowers have lots of visitors. These less specialized flowers are still adapted for their attractive function, though—and this is the origin of pollination syndromes.

Pollination syndromes are suites of traits that are common to flowers using the same group of pollinators, or pollination method. You can find many different lists of syndromes out there, but some of the most commonly cited are:

Pollination syndromes were first proposed in the 1870s, and from the start they’ve been controversial in much the same way that many attempts to classify living things often are.

On the one hand, there are apparent (and sometimes carefully verified) functions to certain features of pollination syndromes—pollinating birds don’t have particularly strong senses of smell, so bird-pollinated plants aren’t well scented, bees are particularly sensitive to colors at the blue end of the spectrum, and tubular floral shapes can exclude all pollinators but the more efficient target species. But just reading my summary of selected syndromes (how many times did I say “usually?”) should make you think that they’re more a set of rules of thumb than a hard-and-fast classification scheme, and that’s often the best way to understand them. 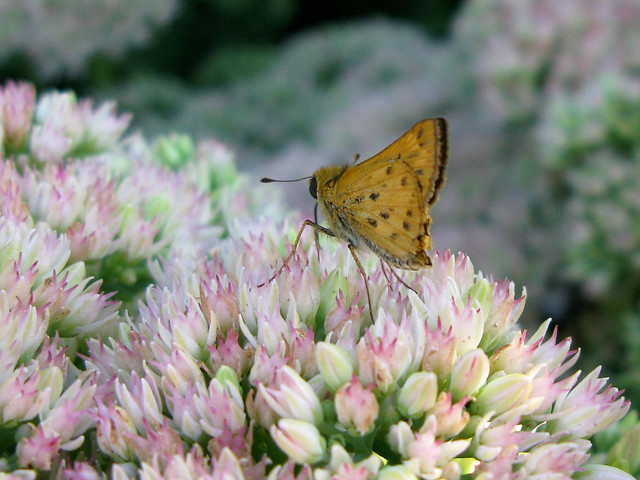 Butterflies like big displays, and sweet scents. Photo by jby.

However, there’s some new quantitative corroboration for those natural historical rules of thumb. Victor Rosas-Guerrero and his coauthors conducted a statistical survey—a meta-analysis—of published pollination efficiency studies in 417 different plant species. Across all those plant species, they found that the pollinator species you’d expect based on each species’s rule-of-thumb traits was more efficent than other species that visited the flowers. This held whether “efficiency” was judged based on how much pollen was found on the pollinators’ bodies, how much pollen they deposited, or how many fruits or seeds resulted from their visits.

What’s more interesting is what Rosas-Guerrero et al. found in the blurry boundaries between pollination syndromes. Many of the pollination studies they collected identified secondary pollinators—species that moved pollen, but not quite as efficiently as the syndrome-appropriate pollinator. In many cases, these secondary pollinators were from groups with older evolutionary origins than the syndrome-appropriate pollinator, and they often reflected prior pollination associations deduced from analyses that reconstructed the evolutionary past of the plant species.

So, on the one hand, pollination syndromes reflect the collective effects of many different plant species all adapting, over time, to attract similar pollinators. But on the other hand, even flowers that mostly fit these rule-of-thumb classifications still carry the marks of adaptation to past pollinators. Evolution is an ongoing process—in this case, from the origins of modern plants to the flowers by your front stoop.