From CJ – Frodo Baggins, A.B.D. (That’s All But Defense, in grad school lingo.)

Like many a dissertator, Frodo’s terrible and treacherous mission has a dual nature. He cannot, and does not, accomplish the goal without the help of others, but ultimately, he must bear the great load alone.

Also from CJ – Get the BBC’s CliffsNotes on the coelacanth genome.

The coelacanth can reach up to 2m-long and is found lurking in caves deep beneath the waves. It was thought to have been extinct for millions of years, until it turned up in a trawlerman’s net off the coast of Africa in 1938. Its ancient appearance has earned it the title “living fossil” – but it is so elusive, that it has been hard to study. To find out more, an international team of researchers sequenced the coelacanth’s genome, which contained nearly three billion DNA bases.

Also from Jeremy – Does Science have an image problem? Or something else?

It used to be that more than half of biology doctorates got tenure track jobs in universities. Now that figure is closer to 15%. …Meanwhile, law schools are freaking out “just” 56% of law school graduates have “stable jobs in law.” Can you imagine the howls if only 15% of students who went into medical school became practising physicians?

From Jonathan – Gene patents and the future of medicine.

“What we’re arguing about is really the future of medicine and either accelerating it or slowing it down,” says Dietrich Stephan, the CEO of SV Bio and founder of Navigenics. “[Gene patenting] turned into this quagmire that was holding the field back…We need to be able to instantaneously deliver that information to [patients] and their doctors and not go through all these crazy hoops of paying the license holder.”

From Amy – Bitter taste may fight an asthma attack.

When an asthma attack hits, the airway shrinks and makes breathing difficult. To keep air flowing, the sufferer must take medication to relax the passage’s muscles and open it back up. But a couple years ago, researchers discovered airways contain bitter taste receptors like the ones on the tongue. After exposure to bitter substances, the receptors can expand the airway more quickly and more effectively than the most commonly used treatment.

Also from Amy – Which over the counter medicine has been found to reduce anxiety over ‘existential uncertainty and death’?

“Nobody has shown this before, and we are surprised that the effect emerged so robustly,” said lead researcher Daniel Randles, “that a drug meant primarily to alleviate headaches also prevents people from being bothered all that much by thinking about death. It was certainly surprising.”

From Sarah – Spring time is the perfect time for videos of cute baby animals.

Humans who share their homes with canines also share the similar bacterial houseguests on their skin, ecologists reported Tuesday in the journal eLIFE. In fact, two dog owners who don’t even know each other have about as many of the skin bacteria in common as a married couple living together. 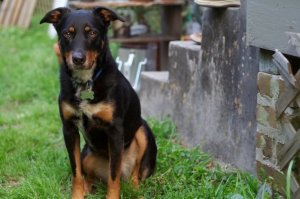