I’ve heard a lot about “The Paleo Diet” lately and every time a popular news source (say NPR or ABC or Fox News or New York Times) does a piece, I cringe a little bit. For those of you who have never heard of the Paleo Diet (from Wikipedia):

The paleolithic diet…is a modern nutritional plan based on the presumed ancient diet of wild plants and animals that various hominid species habitually consumed during the Paleolithic era—a period of about 2.5 million years duration that ended around 10,000 years ago with the development of agriculture.

So that’s the basic idea – people restricting their diet to things that we ate before modern agriculture. I don’t really have a problem with the diet, per se – removing highly processed foods and increasing your activity level is a good idea for almost anyone. But the rationale that always accompanies the diet – that’s where the cringe comes in.

Paleolithic nutrition is based on the premise that modern humans are genetically adapted to the diet of their Paleolithic ancestors and that human genetics have scarcely changed since the dawn of agriculture, and therefore that an ideal diet for human health and well-being is one that resembles this ancestral diet.

I can break this rationale down into three assumptions/statements:
1. Evolution acts to optimize health.
2. Evolution adapted us to eat a specific diet.
3. Therefore, today, we should eat that diet to optimize our health.

As an evolutionary biologist, I think there are logical and scientific flaws to each of these statements.

1. Evolution acts to optimize health.
FALSE. Evolution acts to optimize fitness (the scientific term for how many babies you leave behind), not health (how physically fit and free from disease we are). The line that connects the modern idea of individual health and evolutionary fitness is not necessarily a straight one. For example, many of the “diseases of affluence” that the Paleo Diet aims to alleviate (obesity, heart disease and adult-onset diabetes) have not been shown to actually and negatively affect human fitness. In fact, there is even some correlational evidence that people we might currently describe as “less healthy” have more children and therefore might have higher fitness. Evolution doesn’t really care about health past the point where you’re healthy enough to make a baby. And if our goal is to achieve a modern ideal of health, recreating the conditions to which our ancestors were putatively adapted may not help us get there.

2. Evolution adapted us to eat a specific diet.
TRUISM/FALSE. The truism here is that evolution has adapted us to our diet. All living things are the product of evolution; Homo sapiens has evolved to be an omnivore. The Paleo Diet makes a far more specific claim, though: that there is a single, specific diet to which we adapted in the past and that we have not since evolved. First, this assumes that all Paleolithic humans ate the same things in approximately the same proportions. This cannot be correct. Even on small geographic scales, the relative quantities of meat, fish, and vegetable matter available for human consumption change drastically. If I had to hunt/gather on the Louisiana coast for my dinner it would look totally different than if I were doing the same in northern Louisiana. Not to mention that one place would differ on a month-to-month basis. Seasonality and geography dictate what would be available to eat, not our evolution.

Second, this assumes that no evolution has occurred since the advent of agriculture. This is demonstrably false. One example of post-agricultural evolution is the human lactase gene, which breaks down lactose, the dominant sugar in milk. In ancestral humans this gene was turned off after infancy; those humans would have been “lactose-intolerant”. Most humans of European descent now have a mutation that keeps that gene turned on their entire lives. Not surprisingly, this gene spread throughout Europe at approximately the same time cattle were domesticated. There are other known examples of agricultural dietary adaptation, and doubtless more to be discovered. If we are going to use evolution to justify our dietary choices, why throw out the last 10,000 years of it?

3. Therefore, today, we should eat that diet to optimize our health.
HMMMM. Omnivory probably does optimize our health – I think a lot dieticians would recommend eating a variety of fruits, vegetables, grains and meat for an ideal diet. But the Paleo Diet has restrictions on which foods you can eat based on when they were introduced to the human diet AND what we know about them based on modern science (list of Paleo foods here & new link not requiring password here). For example, lean meats good, fatty meats bad. Paleolithic humans probably ate fatty meats every chance they got, don’t you think? Good fat was probably hard to come by in some places. We just think of fatty meat as “bad” because of cholesterol and whatnot – I’d go so far as to say evolution has trained us to love fatty meats, isn’t that why bacon tastes so good? 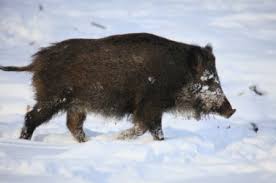 Here’s the other thing: basically anything you buy in a store probably wasn’t around a million years ago, regardless of how close it seems to being “natural”. Humans might have eaten wild pigs, but modern pigs are a different beast altogether. The same goes for apples or carrots or organic blueberries. Oddly enough, diet soda makes the “Foods to be eaten in moderation” category but “Dairy” is to be avoided entirely. What evolutionary sense does that make?

In summary, humans are certainly a product of their evolutionary history, but ALL of it, not a restricted subset of it. That history can give us great insight into why we are the way we are, and it might be a great way to generate hypotheses about which foods we should eat and in which proportions in order to be healthy. There is, however, a lot of uncertainty about what ancient humans actually ate, and whether that food made them healthy. Furthermore, evolutionary reasoning may explain what things we observe today, but it cannot be used to tell us what we ought to do. That is the realm of modern scientific evidence, not evolutionary first principles.

Now if you’ll excuse me, I believe someone mentioned bacon?

PPS – The wikipedia page for the Paleo Diet has a lot of information with a bunch of citations to primary literature on many aspects of the diet; check it out if you’re interested in what the experts have to say.

33 comments on “The beef I have with The Paleo Diet”