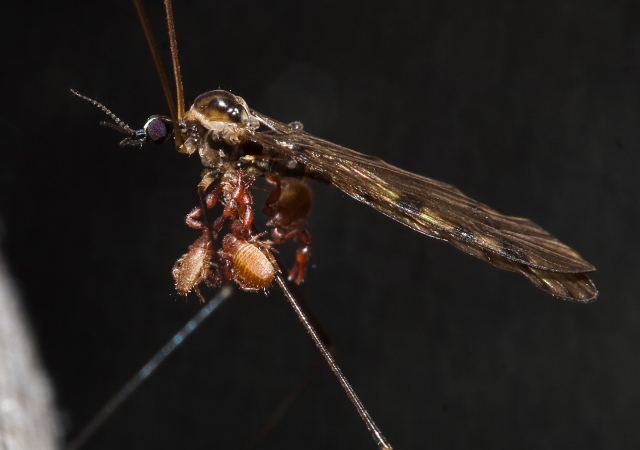 “We will call phoresy all phenomena of transport in the strict sense, that is, those cases in which the transport host serves its passenger only as a vehicle”

This is a photo of a crane fly (Tipulidae) with three pseudoscorpions (a type of Arachnid) holding on to its thorax.  This has been observed frequently, and it is thought that the pseudoscorpions are merely attempting to hitch a ride, a behavior known as phoresy.  Where they are hoping to go is beyond me, but the fly was overburdened and flying erratically, so they probably didn’t make it far.  The photo was taken in Clark Creek Natural Area, Mississippi.